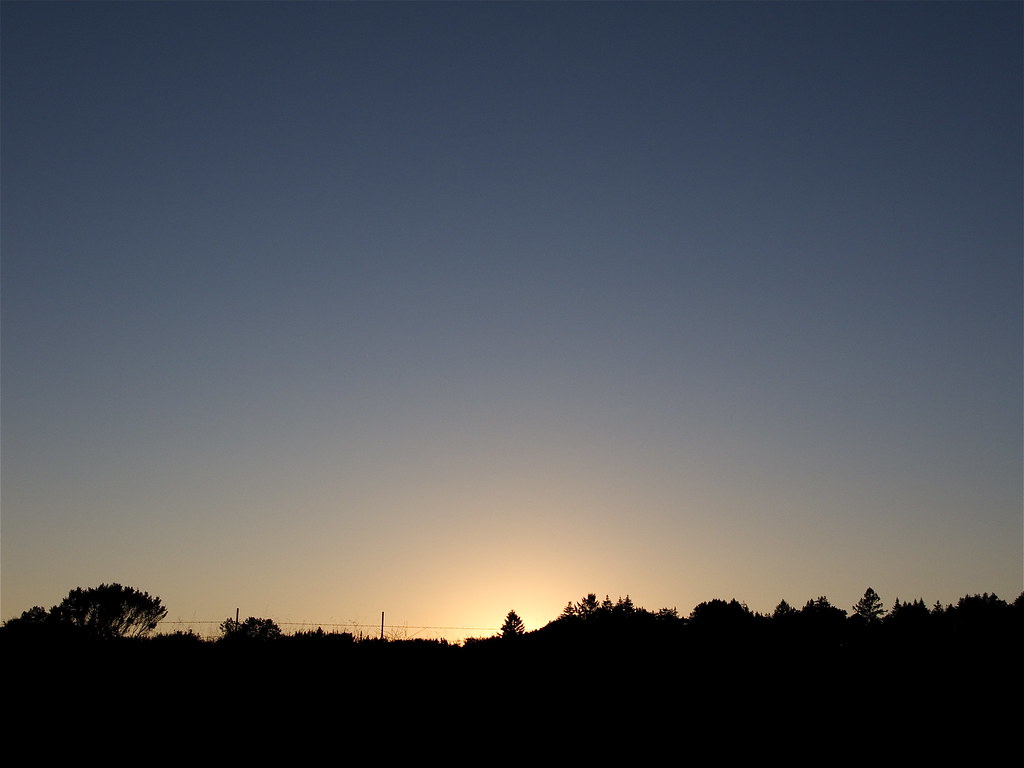 When I was 7 years old, magic was something a birthday party magician performed when he put a rabbit in a metal container, waved a wand over it, and turned it into a bowl of milk (that actually happened). And even though I've often wondered what became of that rabbit, I remember being amazed by the magic I thought that magician-for-hire had harnessed. He could turn a rabbit into milk!

Several years later, I remember thinking David Copperfield performed magic when he made the Statue of Liberty disappear with nothing more than an expensive hair cut, a series of strange hip gyrations, and some melodramatic hand movements. Poof. Magic.

Now, I'm old enough to know that drowning a rabbit in milk (not confirmed, but suspected) is not magic. And choreographed pelvic thrusts cannot make the Statue of Liberty disappear. But that doesn't mean there is no such thing as magic. There is totally magic.

On Tuesday, I took a walk to the beach after work. I put my hands in the water and let a few waves wash over them. They had a little bit of blood on them from a cut, and admittedly, a few dried tears from more than one conversation I'd had during the day. I closed my eyes and imagined the difficult parts of my day being carried out to sea. Gone forever. I bet they sank. Like magic.

When it comes to magic, Nature can bring it. Sunsets are magic and we see them every day. Have you ever seen a sunset that wasn't magic? Every sunset I've ever seen has been magic in a different way. Every wave I've ever caught on my surfboard has been magic. Though I will admit, winter waves can feel more like a magic washing machine if you don't watch yourself. Still, a good ride is magic.

There is a lot of magic in human interactions. When I was a kid, I was shy and afraid to look people in the eyes. I've worked hard to overcome that fear because there is always a chance for magic when you look someone in the eye. Friendship, an unexpected laugh, a moment of understanding...are all little bits of magic. When you do something unexpected for someone, that is magical for that person. They didn't even see it coming and like magic, their day is improved. That is kick-ass magic. The magical people I know are so good at spotting or creating magic that it makes them exciting to be around. They help remind us all that magic exists everywhere.

OK, this all sounds kind of cheesy, I know. But, I think we make our own magic. And there is no age limit. Magic is not what you see, it is how you see. Kids see a lot of magic because they don't have as many answers to life's questions. We can all see more magic if we choose to look for it. Or close our eyes and imagine it. Or make magic for others. One way or another, it's out there.